A WORKPLACE safety lawyer has warned Victorian farmers could be exposed to criminal charges under the new industrial manslaughter laws that came into effect on July 1.

The Workplace Safety Legislation Amendment (Workplace Manslaughter and Other Matters) Act 2019 passed through the Victorian Parliament in December last year and enshrined industrial manslaughter as an offence under the Occupational Health and Safety Act 2004.

The penalties include fines of up to $16.5 million and 20 years imprisonment. 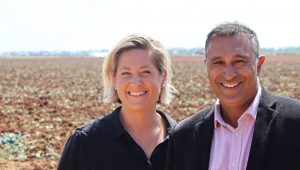 Mr Salvador said the new laws should serve as a wake-up call for the sector, which has flown under the radar for way too long and where attitudes towards compliance have traditionally been lacklustre.

“Currently, the agriculture industry represents three per cent of Australia’s GDP, and is responsible for close to 25pc of workplace deaths in the country,” Mr Salvador said.

“The figures have been appalling for years and point to a cultural problem.

“That’s 37 body corporates, directors, financial managers who could now be criminally prosecuted each year across Victoria.

“If that’s not a warning to be heeded, then I don’t know what it is.”

The Victorian Farmers Federation is on the front foot already though, securing a $3 million dollar “Making our Farms Safer” grant from the Victorian Government to expand its workplace health and safety services.

The initiative aims to improve on-farm health and safety and will allow the VFF to employ two Farm Safety Officers, develop online tools and boost access to information and resources aimed at protecting not only Victorian farmers, but everyone in the farm environment.

VFF president, David Jochinke, said the health and safety of everyone on farms must always be the top priority, with workers, families and farmers all exposed to the dangers present on farms.

“Safety on farms is paramount, because it concerns the wellbeing of our workers, families and ourselves,” Mr Jochinke said.

“The agricultural sector is one of the most dangerous workplaces in Victoria, not just for farmers, but everyone present on the farm.”

“As a father, there can be no bigger priority in a parent’s life than the health and well-being of your child.

“It’s incredibly tragic that children under the age of 15 make up more than 15 per cent of preventable death and injuries on farms.”

Catherine Velisha, the managing director of her family’s third-generation horticulture business Velisha Farms, based in Werribee South, said the new laws were a blessing in disguise.

“When I took over this business from my father, I inherited what I would call a fear-based approach to compliance,” she said.

“Compliance was basically seen as hard to understand, a cost burden and another piece of red tape that makes the viability of farming all the more tenuous. To this day, I don’t think that view is uncommon.

“However, engaging with WorkSafe Victoria I have come to change my attitude towards compliance.

“It actually bolsters your business. It reduces risk, increases staff loyalty and it puts your business in a position where you can act as a leader – in your sector and in your community.”

Ms Velisha said she was now using her farms’ knowledge of OH&S practices to establish her business as a role model and mentor in the horticultural sector.

She encouraged other business decision makers to think creatively about how instilling a safe workplace culture could help create opportunities for their business going forward.

“I’m using compliance now to innovate and spread my business across farming and education,” she said.

“We’re registering as an RTO to spread knowledge of safety practices and management in horticulture. This is our way of trying to address those terrible figures.

“However, I think it’s going to take a lot more business owners stepping up on this to create the change in the sector that is actually needed.” 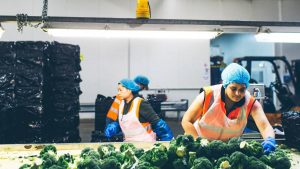 VFF chief executive officer, Stephen Sheridan, said the VFF had been lobbying and working with the government to address the farm sector’s higher than average workplace accident rates and commends the initiative.

“The VFF is not a regulator but is a farmer-led organisation that understands the real health and safety issues facing farmers, and the need to help provide a means to manage and reduce the inherent health and safety risks, rather than simply focus on compliance.”

“We already provide expert workplace relations services and it is a natural extension to integrate this with on-farm health and safety tools and services.

“The VFF will be employing Farm Safety Officers to work directly with farmers to help identify potential safety issues and introduce best practice safety processes to help safeguard workers, families and farmers on the farm.

“We are also commencing development of an online platform of tools and information to complement our existing workplace relations offer for farmers.

Your business is going great (or not… COVID-19); you’re doing the things you know. But you also know that there are some pinch points in your business; some areas that could be safer, some processes you need to introduce.
But you’re frozen: I don’t know what to do? I don’t know where to start? Will the business afford it? Am I putting myself or business at risk?

Get Free tips to protect your business NOW